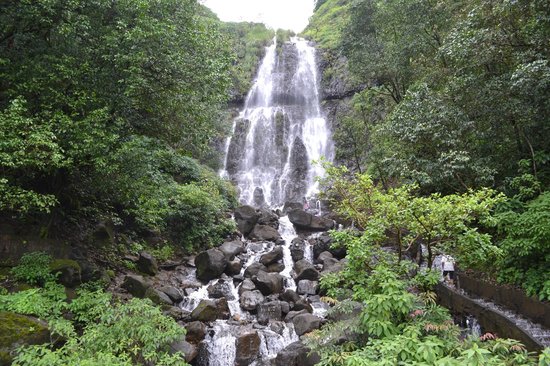 Amboli, about 700 km in the state of Maharashtra. There is a beautiful and small hill station built at the height of. This famous tourist destination is situated in the Sahyadri range which is in the Sindhudurg district. During British rule, the city of Amboli was used as a high post from where checkpoints were made for soldiers in Central and South India. Amboli was declared a hill station in 1880. Today, let’s know more about the Amboli hill station Maharashtra

Amboli is a very good place to spend weekends, as well as a romantic place. You can come here to reduce the speed of running life. Amboli is a paradise for springs. Some of the many waterfalls found here are Jharan - Shriggaonkar waterfall, Mahadev waterfall, and Nangarta waterfall.

Nangarta waterfall is an excellent place for a picnic and relaxing. Hiranyakeshi is a small ancient Shiva temple near the mouth of the waterfall caves. It is believed that this temple was built by Shiva himself. Hiranyakeshi Temple got this name from Parvati, which is one of her names.

Being a hill station, Amboli has many spectacular sites. Such as Sea View Point, Kavelsad Point, Parikshit Point, and Mahadev Point. From all these places panoramic views of the confluence of the Arabian Sea and the Konkan coast can be seen.

When And How To Go

Since Amboli is a hill station, it would be good to go in summer as the weather here is cool in summer due to its high altitude. 20°C in monsoon. Once done, it is pleasant to stay at this place. It would be nice to come here in winter too.

Amboli city is connected by road to major cities of Panjim, Kolhapur, and Belgaum. Mumbai is about 550 km from here. Is about 400 km away. It is near Pune. State transport and private buses are available from these cities to Amboli.